I first fell in love with running in the 7th grade and, by my early 20’s, I was running roughly 35 miles a week! Over time though, injury set in, life crept up and well, running faded away… Until this year! This year, a group of women photographers and I formed a running team, started training, and have entered ourselves in a few races over the year. I ran my first race with the team (and ever) in March, and I was totally hooked! Since then, I’ve run a handful of races, but what has been really calling my name was running a trail run. So, I entered River Valley Run’s 10k trail run! It was my first 10k and my first trail run… and you know what? I finished! I wasn’t able to run the whole thing, as I am still recovering from a minor leg injury from May, but I finished! 677 out of 704 runners… hey, at least I wasn’t last. And you know what, even if I had been last… I still did it!

These feet carried me through 6 miles of trail, around corn fields, up a rock wall,  up “Dead Man’s Hill”, across a rickety little bridge and THROUGH the Gunpowder River. I’m totally addicted! When’s the next race? 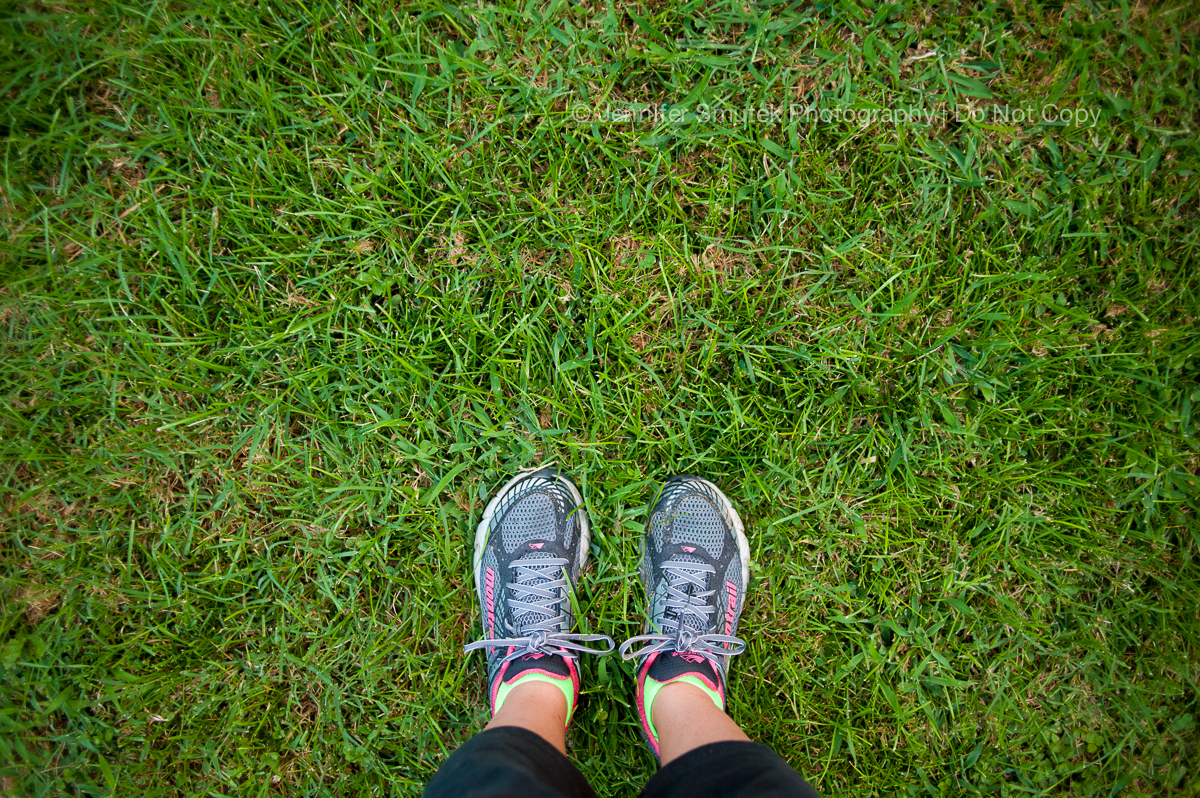 Are there any other runners out there? Do you like trail running or do you prefer to stick to the road?