I’ve decided that, from now on, I’m going to post “this week’s image”, from the Project 52 Photography Challenge, the following week – to give me the full week to participate. I was trying to post them each week, but found that it left out a lot of the weekend- which is a great time to be photographing. 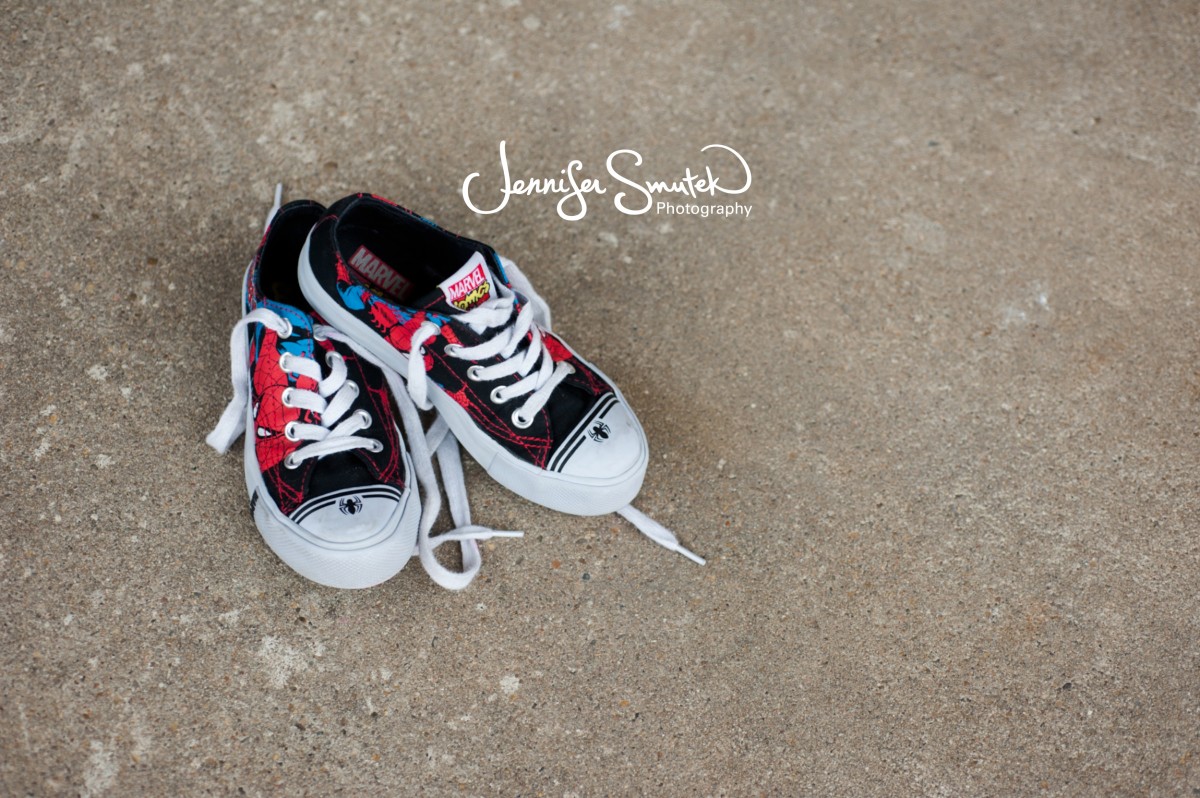 So, I can only imagine what you are thinking… How does a pair of Spider-man shoes, lying on the ground, relate to “reality”? I think I’ve mentioned before that our son, Simon, has autism. Over the years, we have had many struggles- some that were so great, it was hard to see how we would ever come out of the other side of them. The first year or two after diagnosis can be really hard. If you are familiar with autism, you may know that lots of people on the spectrum have limited communication and high sensitivity to sensory experiences… like wearing shoes.

Our son is a sensory seeker, which means that he craves and seeks out sensory experiences… like wearing shoes. For a long time, he wore shoes almost all of the time. He only took them off to sleep and to bathe- and that was a struggle. He had limited communication at the time, and every morning when he would wake, he would cry for his shoes. All day, it was a constant struggle- as he would take his shoes off every time he was frustrated about something (which was almost all of the time, since he had very limited language) and then he would be overwhelmed with frustration that his shoes were off and he would cry for them to go back on. This would literally take place several times an hour. Every. Waking. Moment.

After a while, I had to accept that this was our reality. He had a lot of struggles and it was very hard to figure out how to work through them. I worried so much for his future, and for our sanity. I remember, vividly, the first time he took off his shoes at the mall play area. It was such a big deal, that I photographed them sitting on the bench and texting the image to his teacher. Over time, he took them off more and more, until finally, shoes were no longer such a big player in his life. In fact, I often find him barefoot in the house.

However, just last week, we were playing outside and I saw his little bare feet running around and his shoes tossed in the corner of our porch… and I remembered. I remembered the cries and meltdowns. How shoes had become such a major factor in our lives. And, I realized that I had all but forgotten that struggle. Even the smallest things, like taking off your shoes, represent a great amount of progress in our lives.

Simon can kick off his shoes whenever he wants. We have a new reality now and it is amazing.