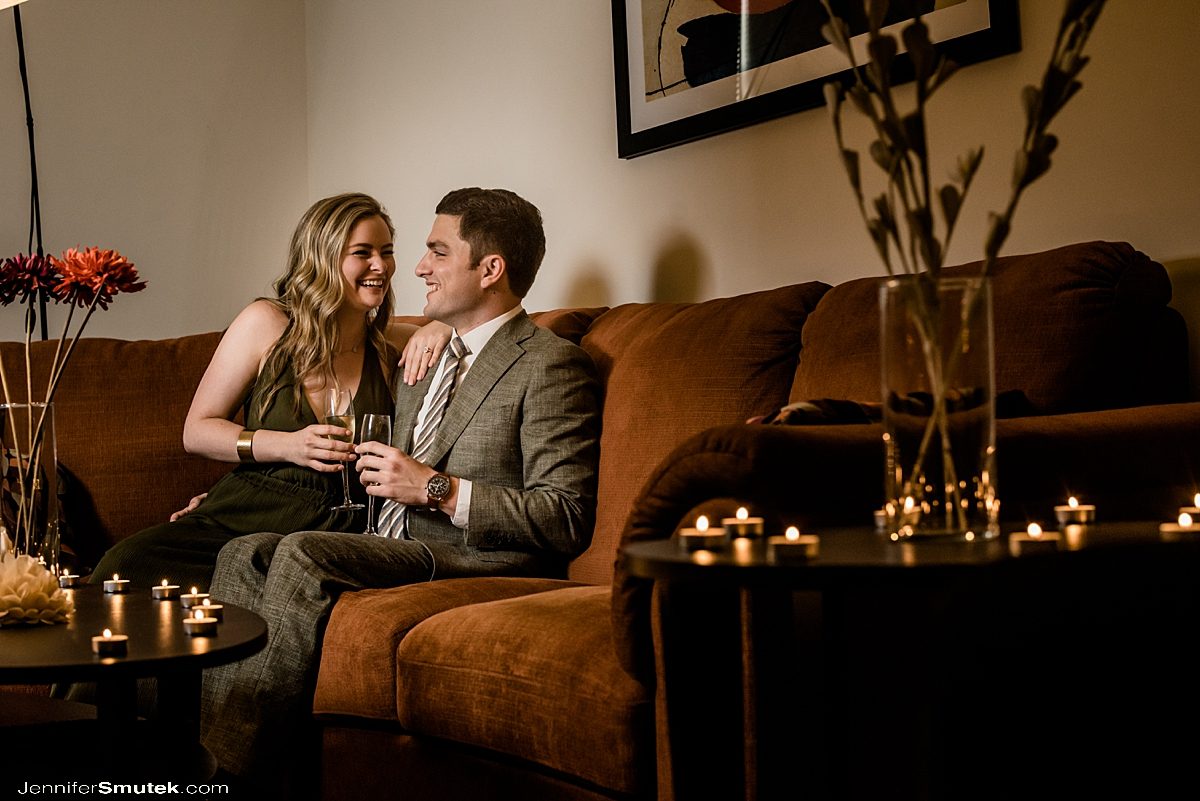 Earlier this month, Michael planned the most romantic Baltimore proposal, for  he and his now fiancé, Jiselle. Michael & his family work in downtown Baltimore and they also have an apartment in the area. Michael invited Jiselle out for dinner, at one of their favorite spots, but asked her to meet him at the apartment first. When she arrived, he had the entire apartment decked out in candles, along with photos of the two of them, from over the years. A “Will you marry me?” banner hung on the wall, and engagement balloons covered the ceiling. Michael wanted to keep the actual proposal private, so his parents and I waited (somewhat) patiently across the street.

Of course, as soon as we were ready to head outside for some photos of the newly engaged, the skies opened up and the rain came down. The weather may have been a bit iffy, but the ‘yes’ was definite! Once the storm was through, Michael, Jiselle and I all headed out into the streets of Mt. Vernon, to capture some photos- we even stopped off for a quick one in front of Sotto Sopra, one of their favorite restaurants, and where they celebrated their engagement!

Congratulations, Michael & Jiselle! I wish you both a lifetime of happiness together! 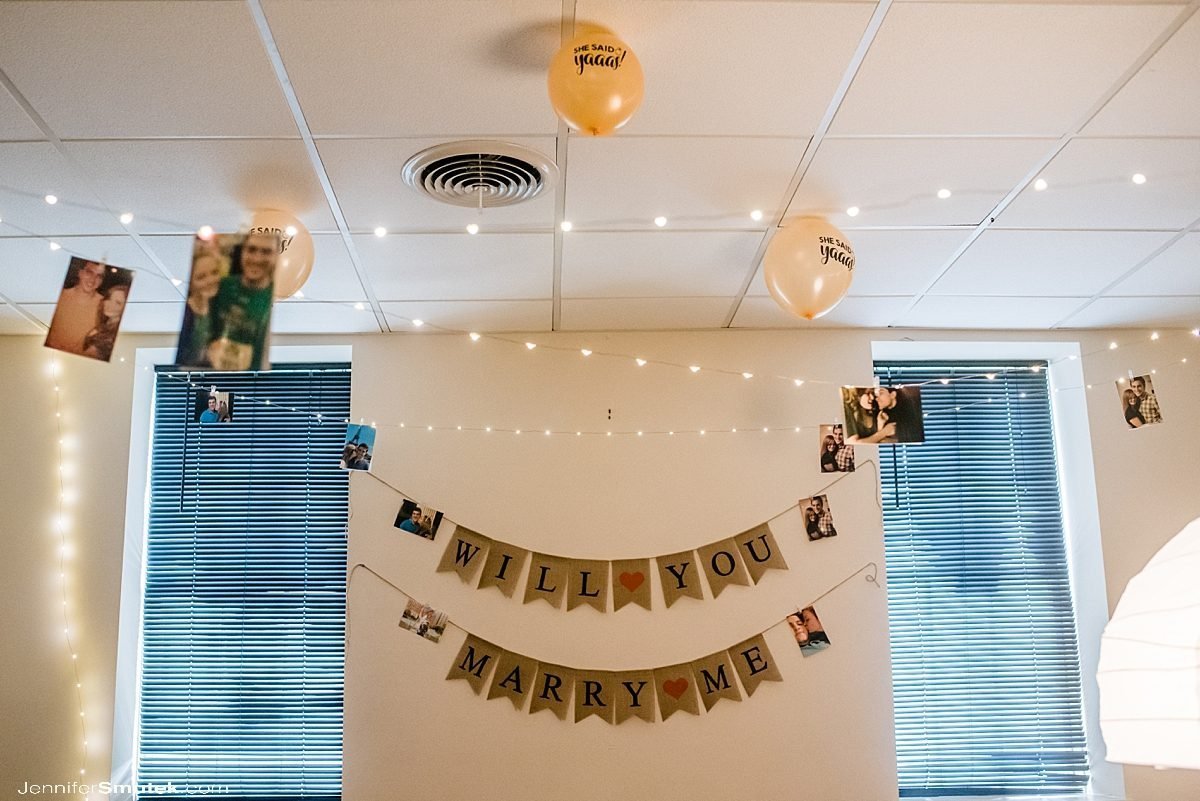 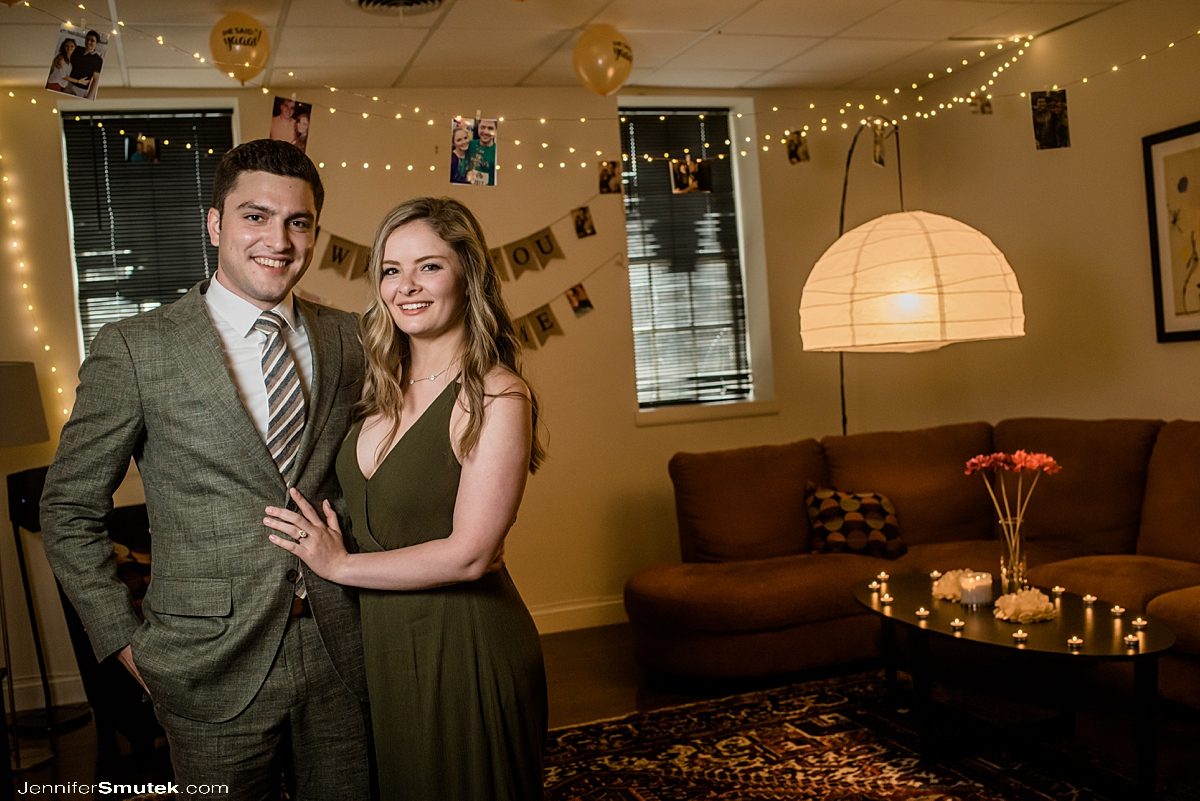 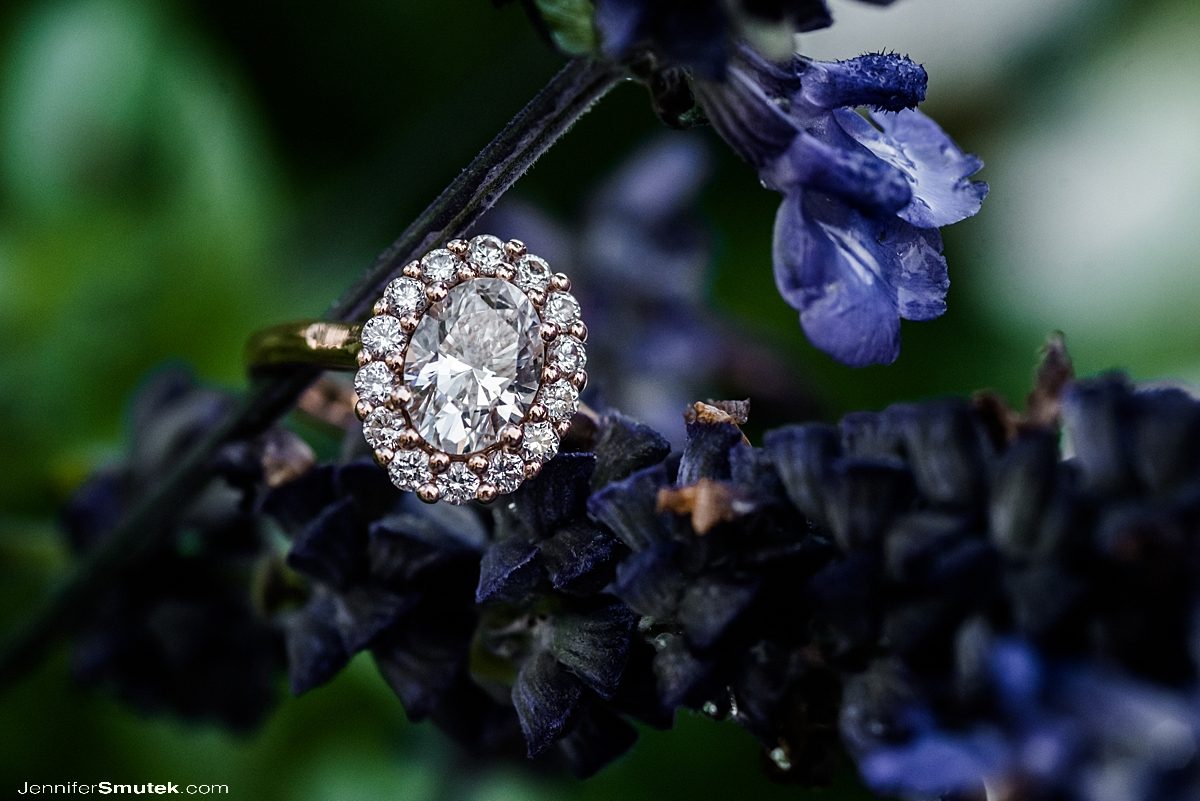 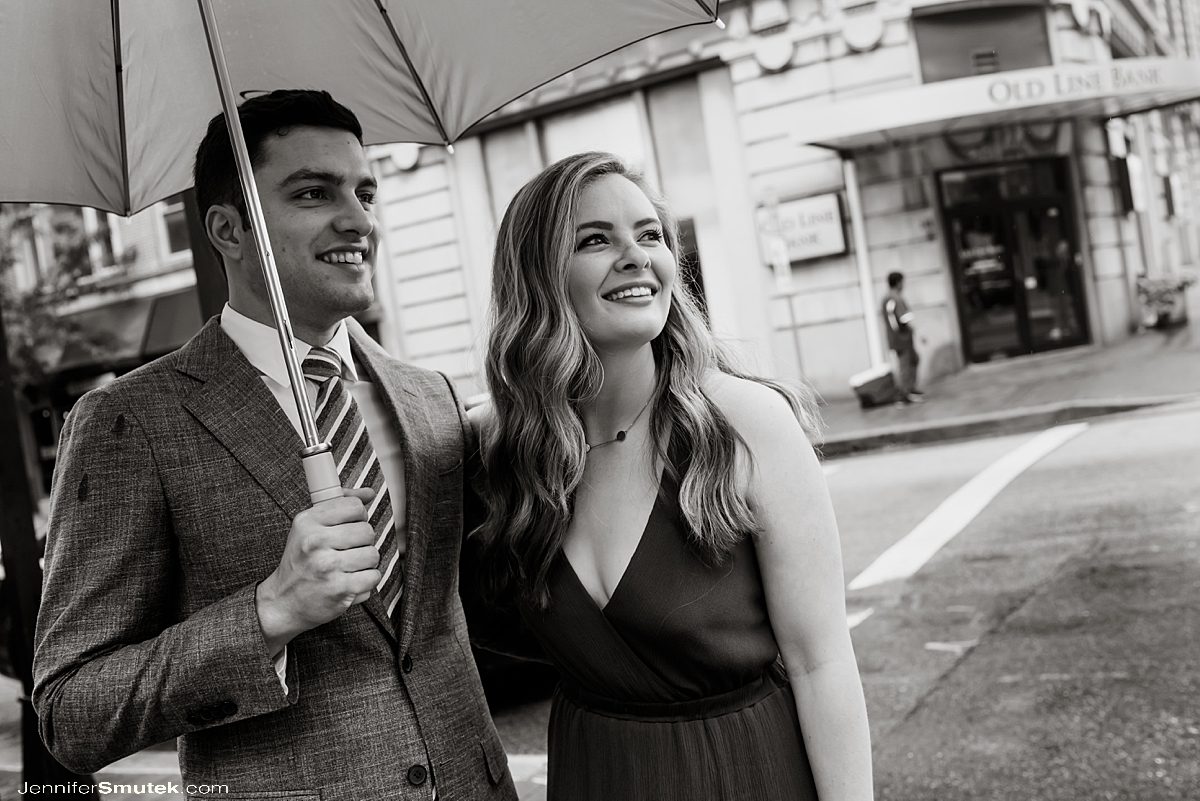 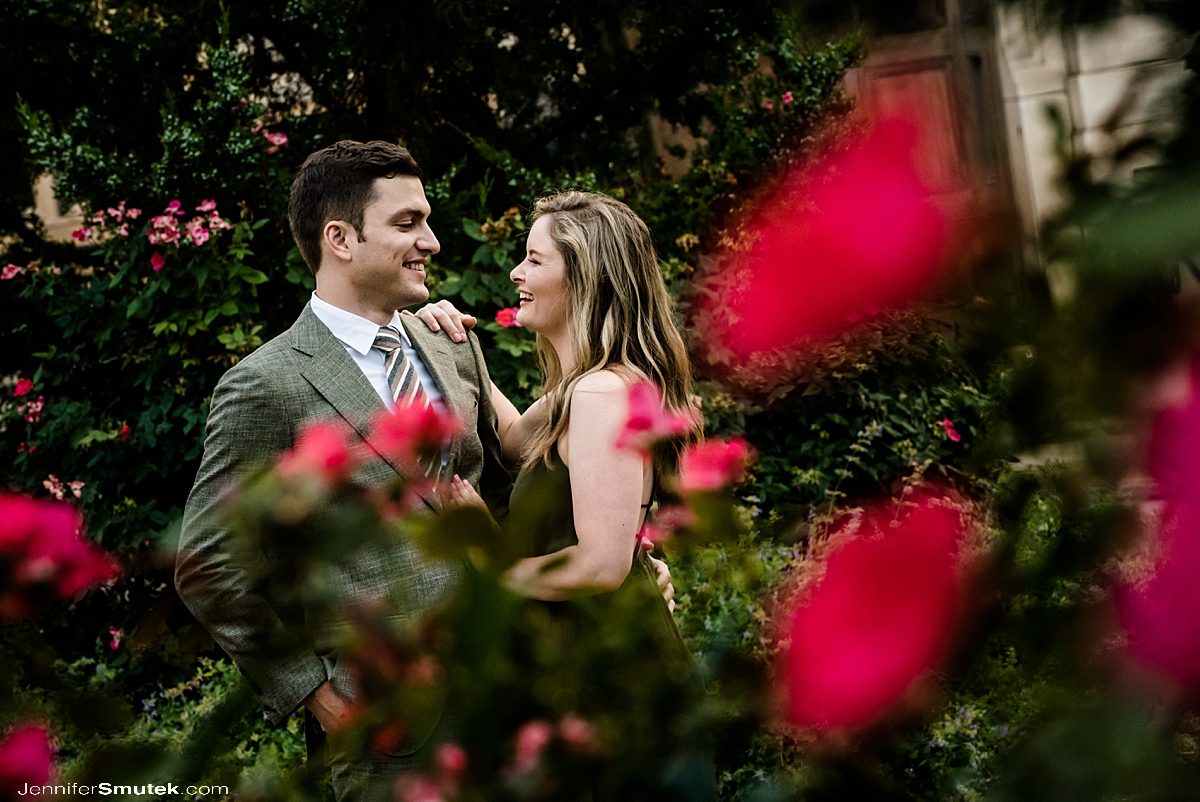 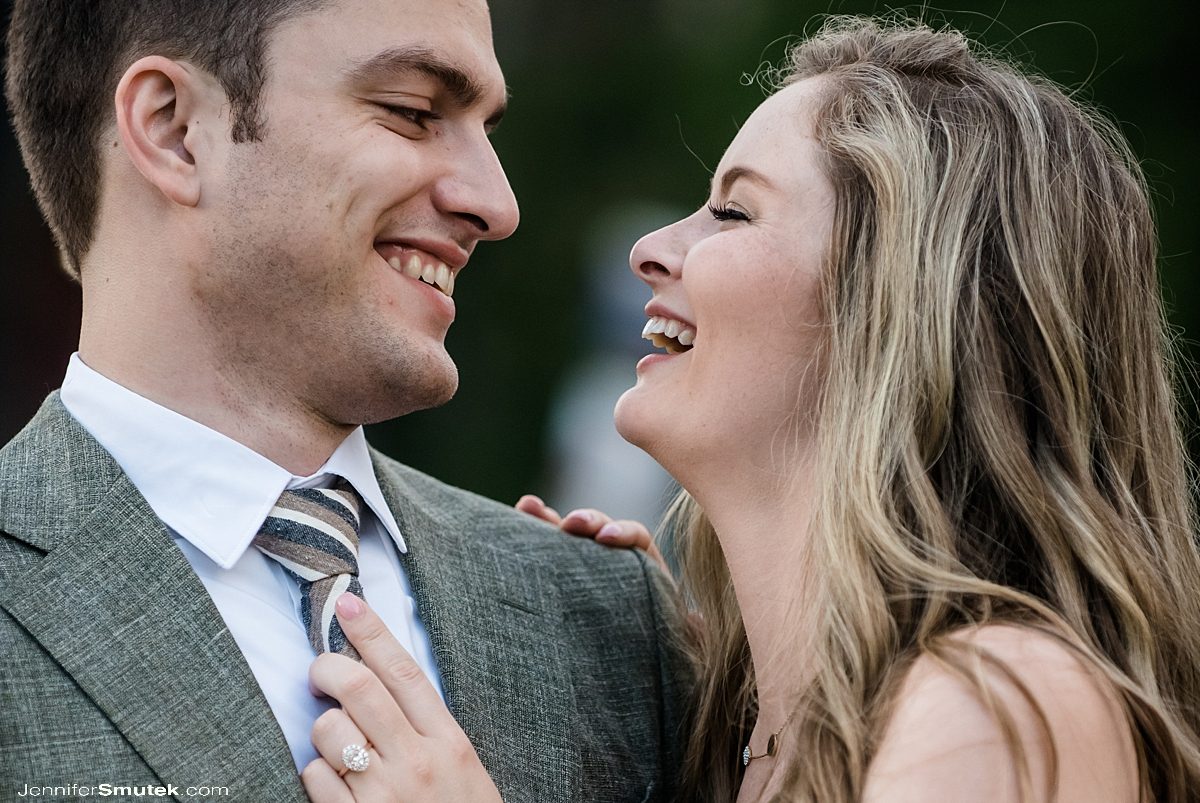 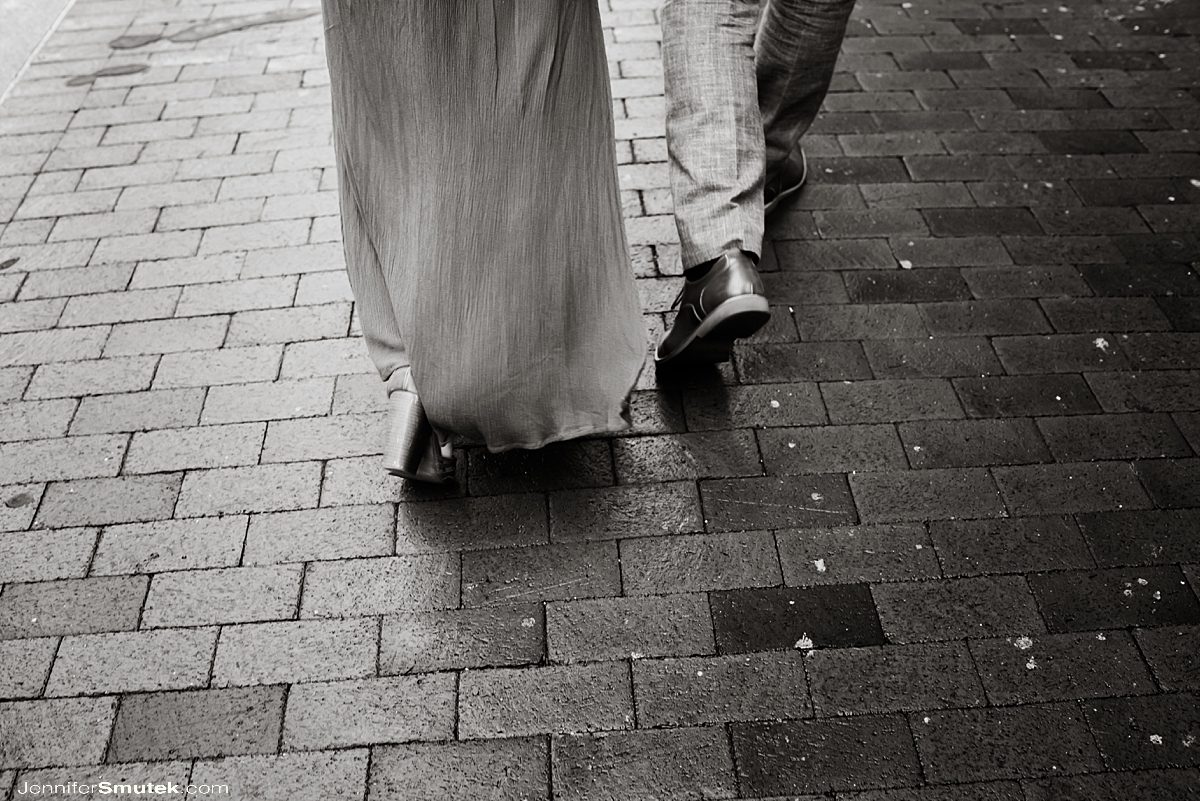 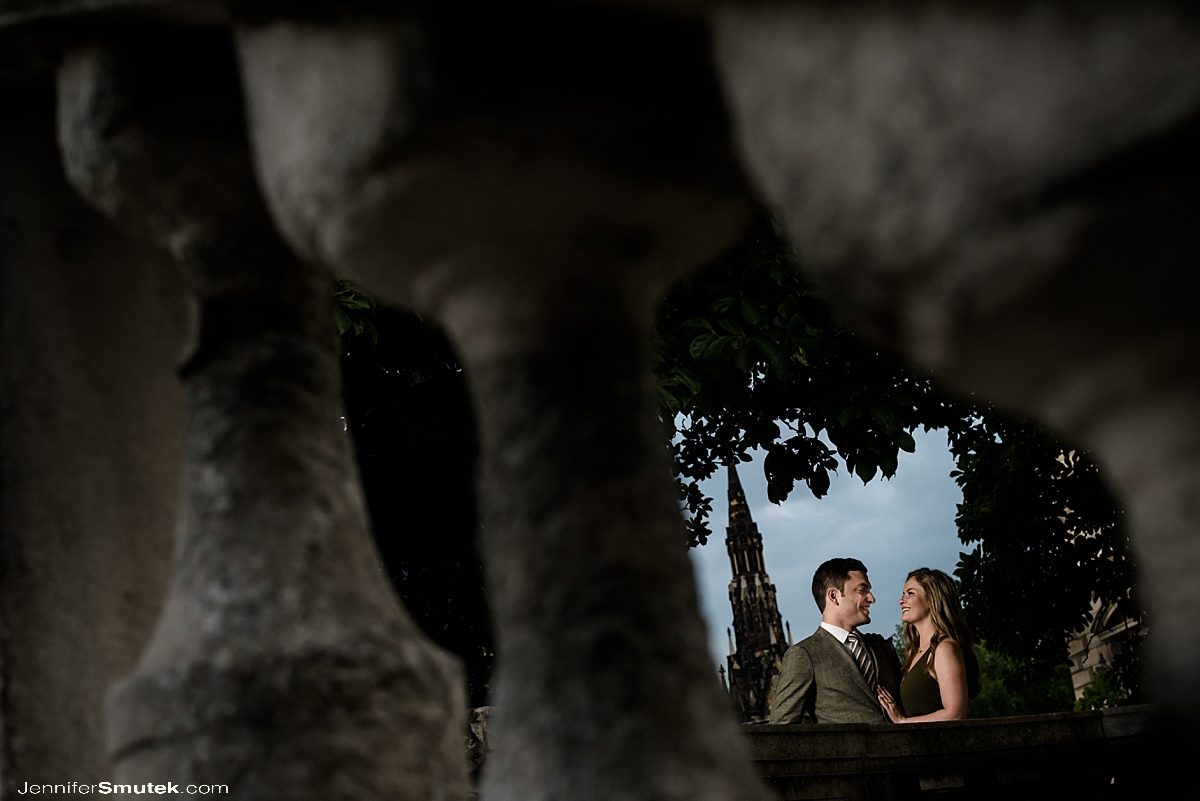 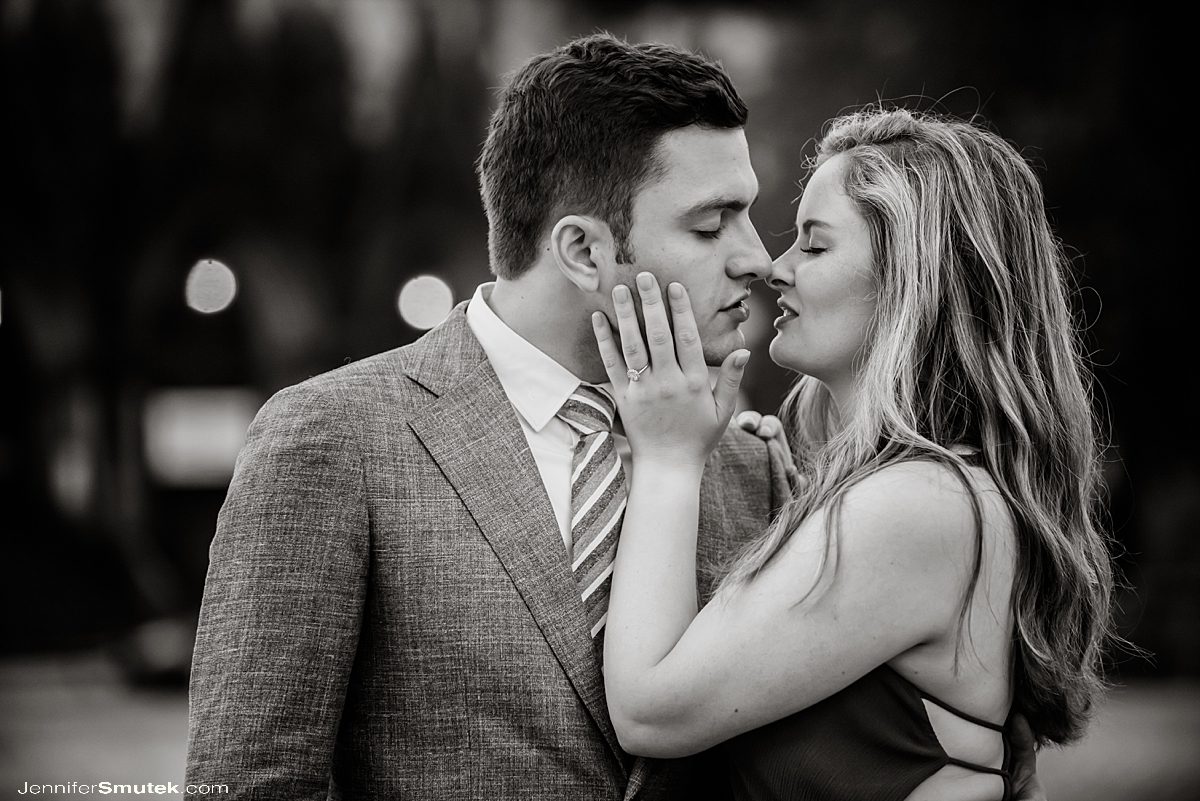 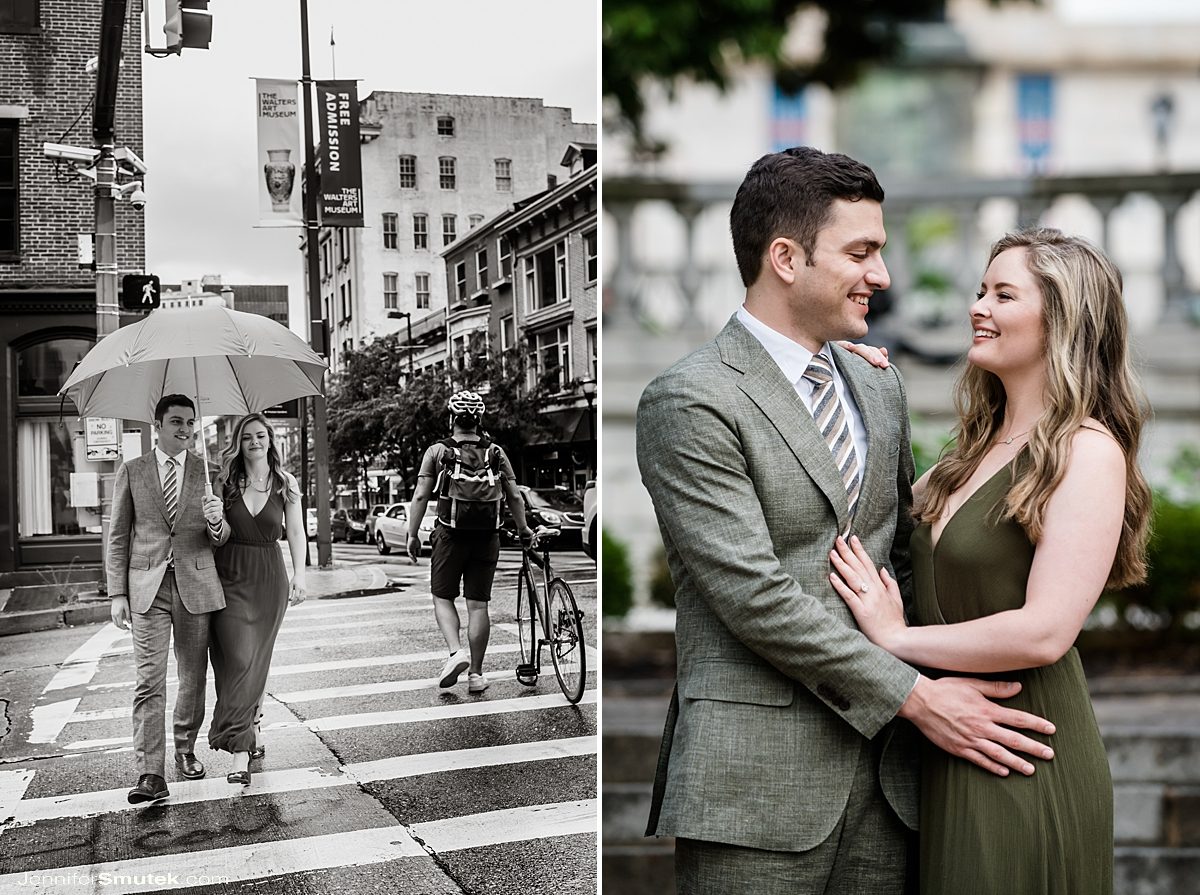 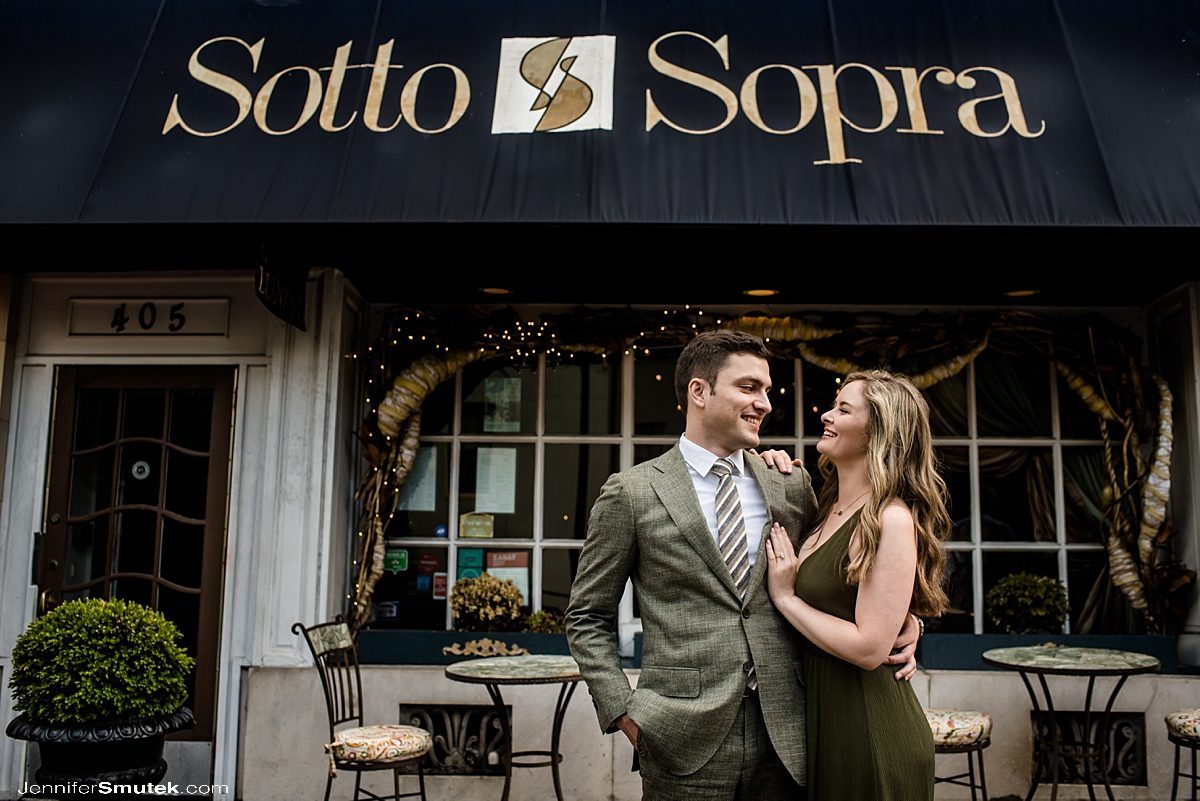 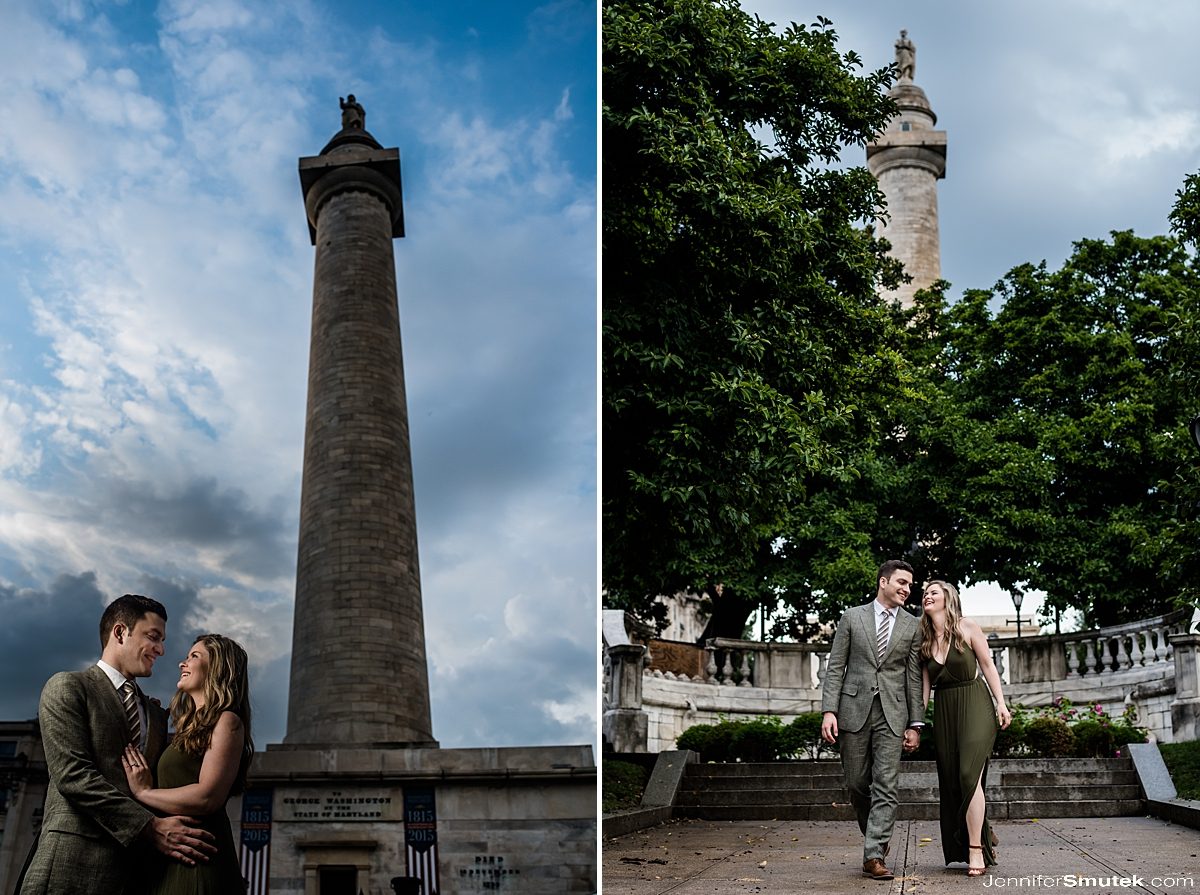 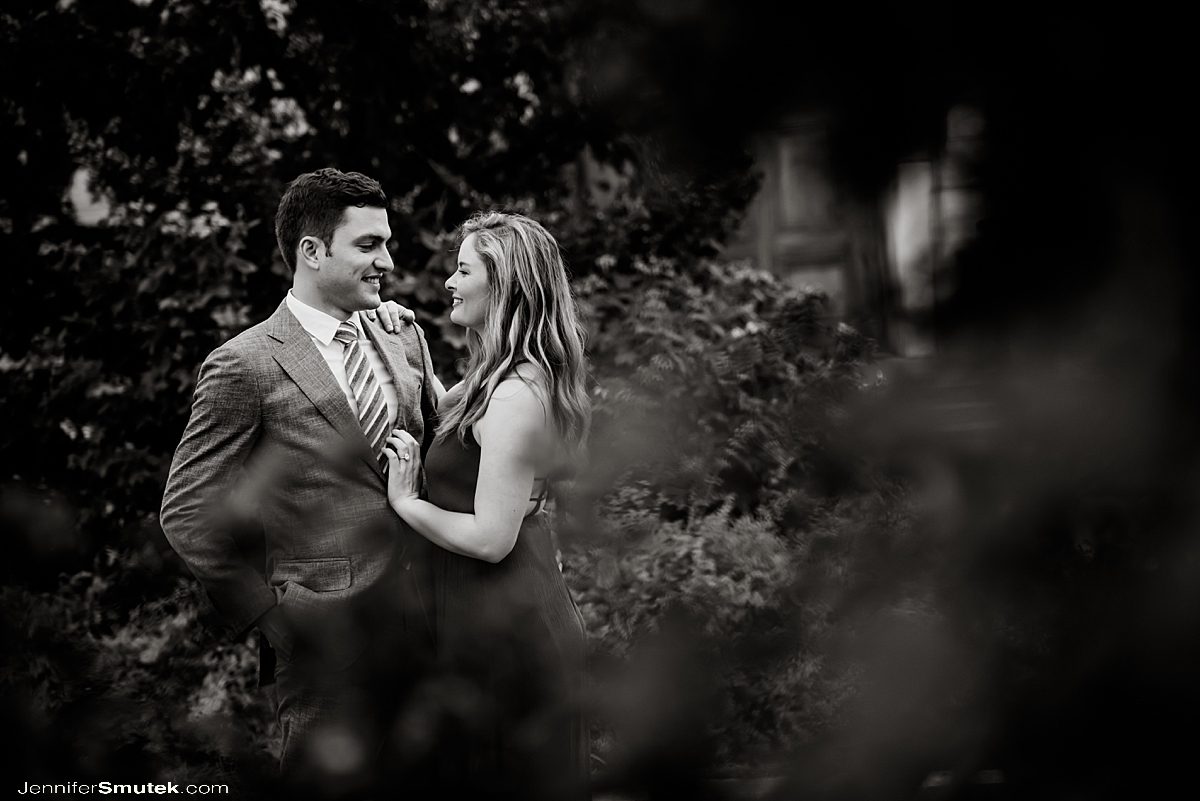 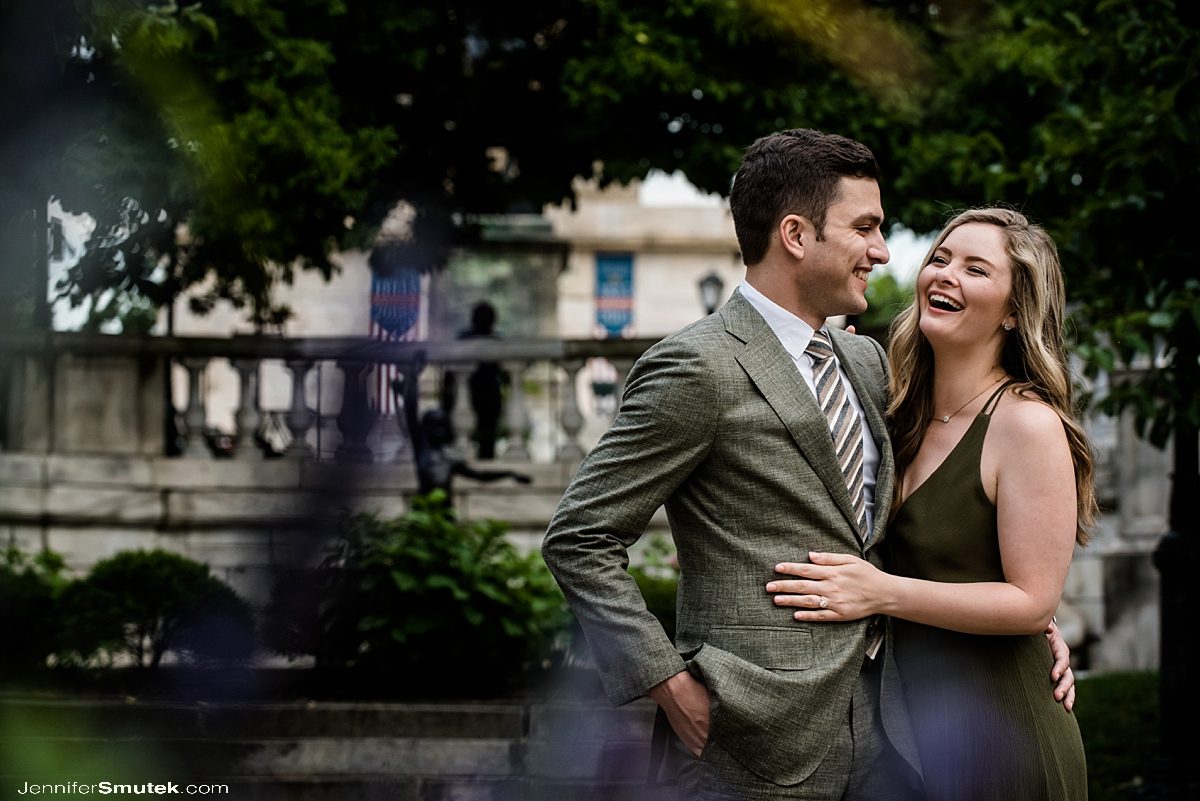 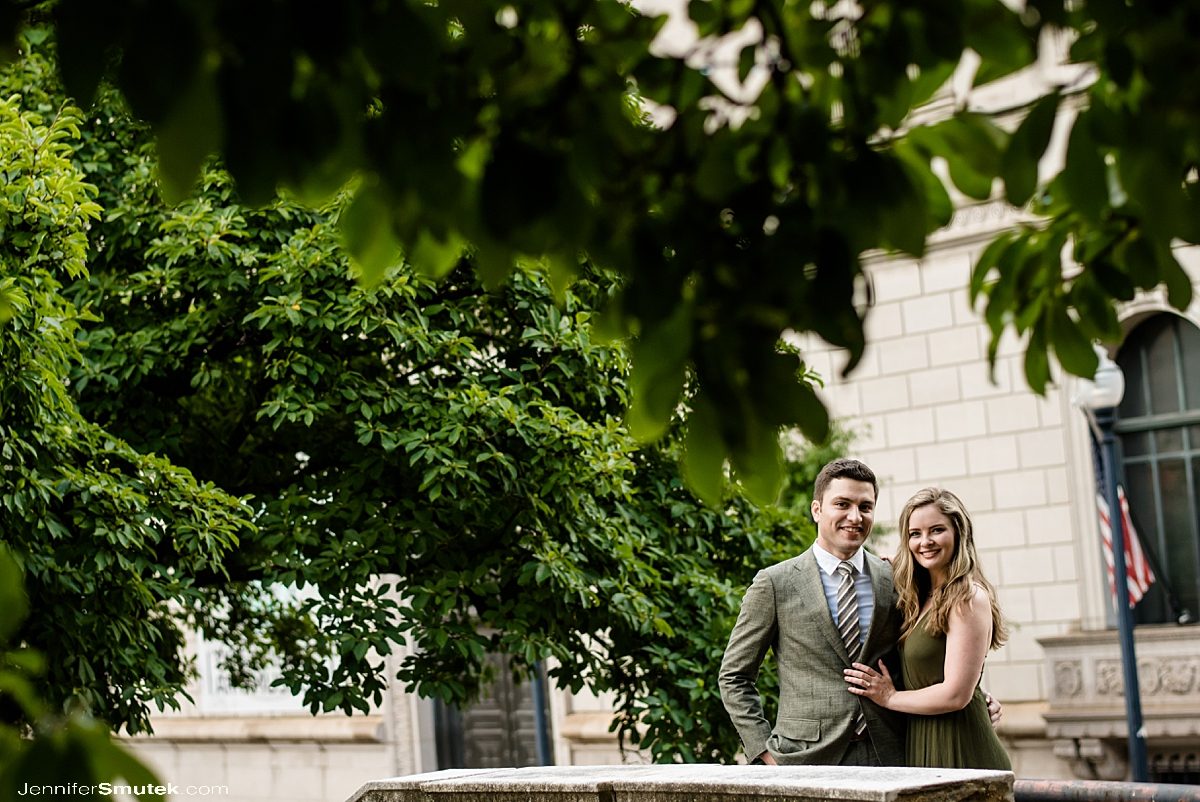 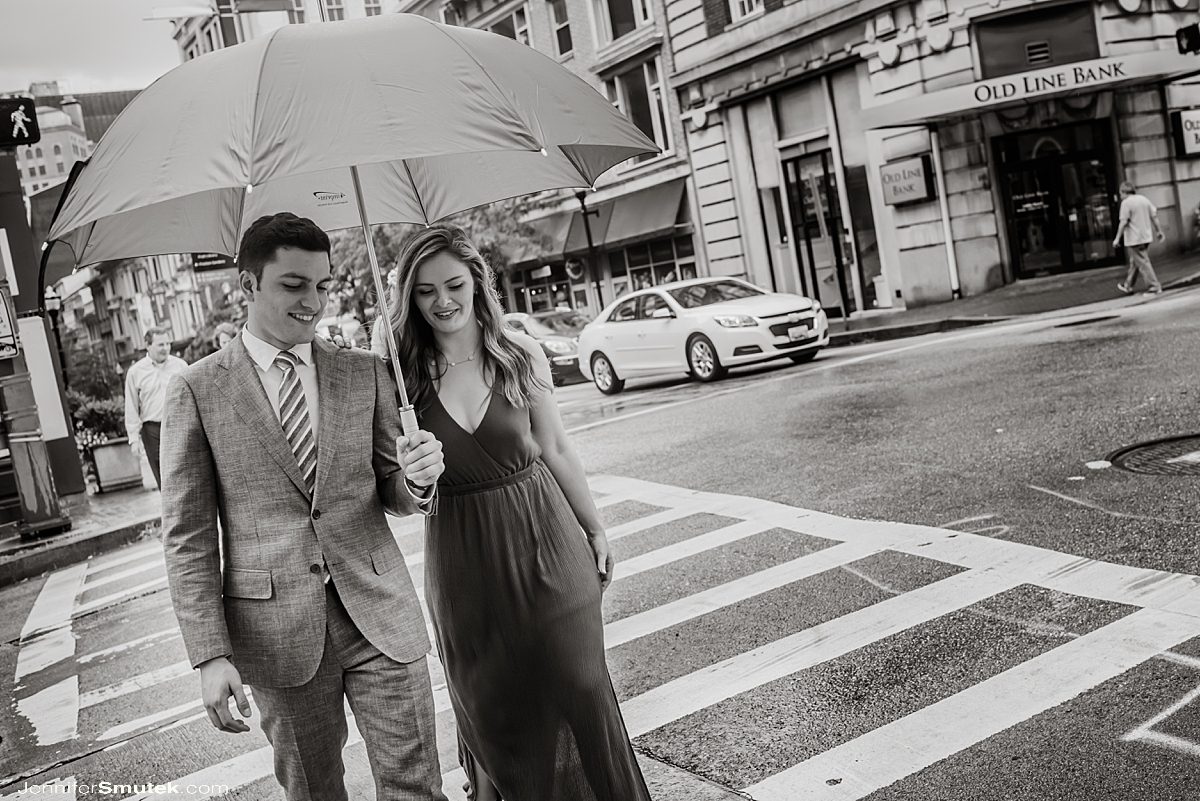