Ending Summer with a Flood?..

So here it is, the inevitable end of summer. Sigh. It has been a great summer, I have met lots of great couples and photographed some really neat events. And, as I am sure you can tell by my ‘ghost town’ of a blog, I have been a little too busy to be taking many photos ‘just for fun’. Sadly though, yesterday, I allowed myself a break from editing to walk a few blocks down the road and document my neighborhood- sinking under water.

As I am sure many of you may have seen on the news, Dundalk was the unlucky recipient of a 72″ water main break. Entire blocks were submerged under waist-deep water and many family homes and businesses were destroyed. Rescue workers had the areas that were most affected blocked off, but thanks to my really big camera (apparently, size does matter) I was able to get a little closer than the rest of the residents that were there to assess the damage.

Several residents initially thought that I was with the press, (again, with the big camera) and even after explaining my motive for documenting, I was still invited into their yards, homes and a little bit of their lives as they shared their stories with me.

This is what I love about being a photographer.

Thanks to everyone who took the time to speak with me, share your story and invite me in your home. I wish you all the best in salvaging your possessions and homes.

Rescue workers were already on the scene when I arrived and many people had been evacuated from their homes. 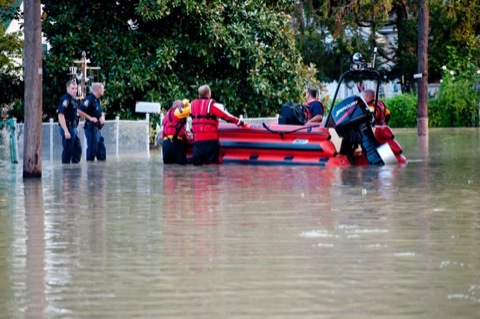 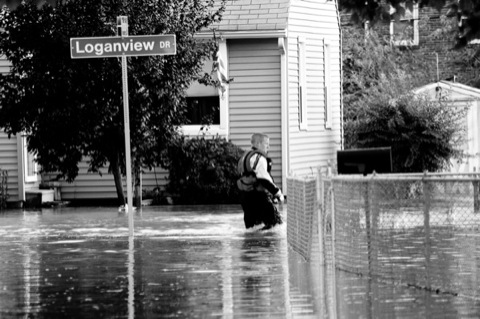 Here is a women watching the water recede from her parent’s yard. Initially, the water was much higher and water filled their basement to the ceiling. Literally, all the way to the ceiling. I simply couldn’t believe my eyes. 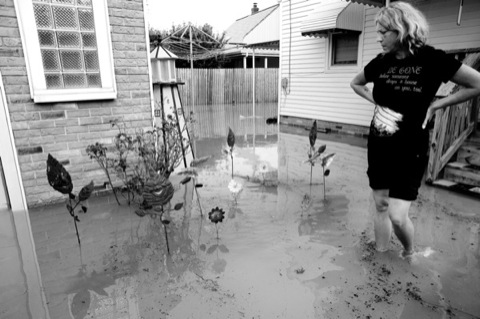 A view of the block… 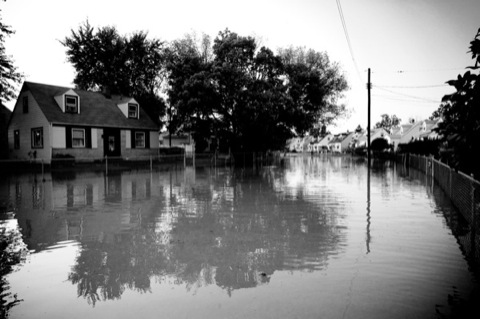 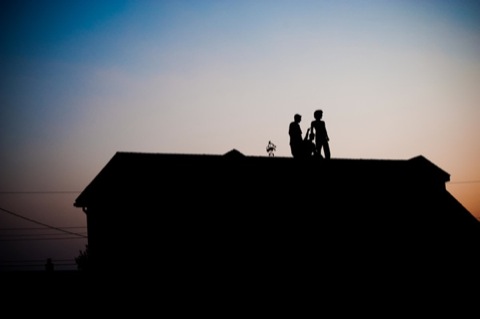 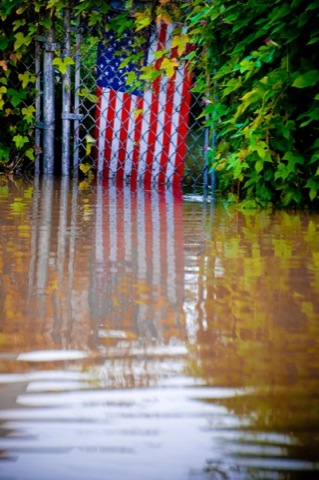 A few hours later, the water finally started to recede enough for residents to re-enter their homes… 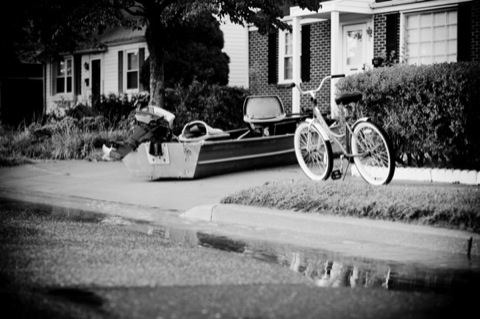 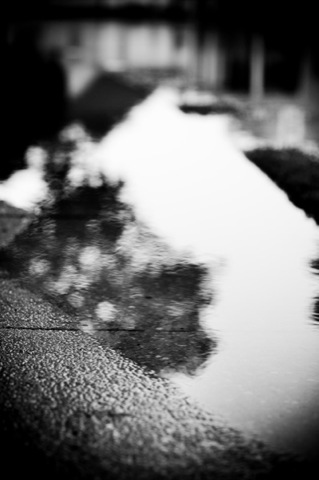 Dundalk and its residents often get a bad rap around Baltimore. But I’ll tell you, I was not the least bit surprised to witness the level of community displayed by our neighbors. Everyone came together to help each other assess the damage and relocate their cars, pets and valuable belongings. Those who were evacuated were able to wait out the flood in the safety of a neighbors home, and everyone seemed notably more concerned about their neighbors than themselves.

Say what you will about Dundalk, but it is this type of neighborhood that I am grateful to live in.